I should start by saying that I'm venting...a little...again.  I typically don't find "venting" very becoming of me, but I just can't help it this time.  I've sat on this for a couple of days because I just don't want to be obnoxious.  But here goes...just in case there are others out there somewhere who are running while pregnant...
So I finished another 12 mile run strong today...I was doubting myself for the first four miles.  I seriously thought of quitting and walking back to the car at least a dozen times.  I even imagined myself stopping without warning to dad.  But, I didn't...didn't even say a word.  I have this crazy notion that once I verbalize something, then I'm as good as done.  As long as I stay quiet, I'm good to go.  We're keeping an average pace of about 8:30 per mile, which really REALLY makes me proud.  So far, I've only gotten a few, unsolicited little tid bits of running advice from some very well-meaning people that really don't know much about running.  I think I've actually been told that need to back off and slow down or else risk the big "m" (a word that was used quite liberally to me, but I refuse to say--because WHO really throws that word around to a mom-to-be).  SO, for those well meaning but misinformed folks...HERE GOES:
The great news is that the baby is benefiting more than I even knew from all this running that I've done.  The doctor commented on my "maternal heartbeat" at Wednesday's TWO HOUR appointment (I'm still a little sore about that...can't you tell).  In fact, she said its really rare to hear such a strong maternal heartbeat...so much so that the nurse couldn't dodge my heartbeat and find the baby's...the doctor had to come in and find it.  Apparently (according to the doctor), the baby reaps the benefit of his/her mom's heartbeat by a better oxygen/blood supply.  The doctor also credited running with the baby's incredible fetal activity.  Fetal activity is closely associated with increased blood supply from the placenta.  We've got quite the little swimmer on our hands.  So doctor's orders were to keep doing what I'm doing...
I think I'm just going to have to grow some tough skin because it probably won't get any better once I start showing.  I can't wait to blog about the looks I get from people...this may get interesting.
FINALLY and totally unrelated, I am so excited to report that dad is letting me shoot his 35mm film camera tomorrow.  Dad is really big on shooting deliberately (note: I didn't say conservatively because I feel those are two different things) rather than firing away with his camera and HOPING he gets the right shots.  If you get the chance, ask him about it...he's pretty passionate about this little topic and I always love to hear what he has to say.  One thing he feels pretty strongly about is that when one doesn't practice shooting deliberately, then you lose your ability to really SEE things.  I love that my dad is patient...I'm always impressed that he is so precise.  And I've never once seen him miss a shot.
SO I really take it as a HUGE compliment that he's trusting me to shoot some film....I can't wait to fill ya'll in on the results.
Speaking of which...dad got a Mamiya film camera and took some pictures of Layla with it the other day.  Now I may be partial because (a) its my little one in the pictures and (b) I LOVE LOVE LOVE film...but this I thought these were some of the most beautiful pictures I've seen in a while. 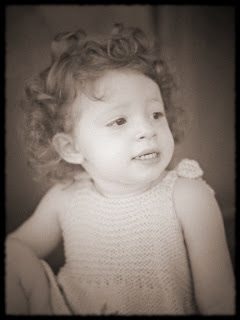 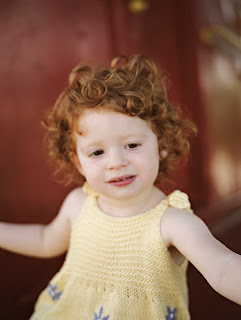 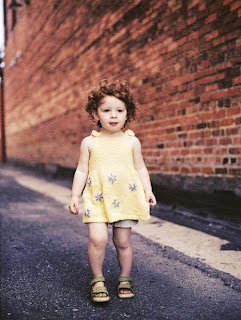 Those ARE great pics!

i love the last one!

don't listen to whoever told you to stop running. my mom ran through her second trimester with me, with this special tummy band thing like a sports bra for your baby bump. and i've read that the 140 bpm HR thing is a myth. i totally plan on exercising through my pregnancies, god willing.

People really do mean well.... just take it in stride and know that you would never do anything to hurt your baby. You are a very intelligent young lady and have the since to research things, and you do.
It would be different had you not ever ran a day in your life. Exercise is really good for baby AND for mommy.... I did until delivery and had a great time with both births, pre and post.

What about the "kudos" on Layla's hand-knitted top that her Nana knitted especially for her ..... yeah, after I noticed how precious Layla is, I took note that she is wearing THE sun top//// sweet!

Hey Linds! I am so proud of you for keeping up the running. It would be so easy to just stop running "because you are pregnant", but fortunately you have the intelligence to research the benefits and do what is best for you and your baby! Keep it up! Love you Linds!

Oh yeah! The pictures of Layla are priceless! I love them!

Linds...I'm so proud of you for keeping up with your running. It's something that you enjoy AND it is beneficial for the baby. I'm sure that "other" advice that you were getting will be motivation for you on future runs. You keep it up...I'm cheering you on!! :)

Wow!! Those pictures of Layla are beautiful. Part of the beauty comes from the artist behind the camera but I have to say...I think most of it is that gorgeous, photogenic model in the pictures. You have a heart breaker on your hands.

I can't wait to see/read/hear how your shooting goes today. You can update me on our long walk tomorrow...I look forward to it.

I have a few firends who are pregnant right now and I will make sure to tell them about the Fetal activity ...
I am so glad everything is fine ...I think a lot of you .. and LAYLA is "trop adorable" .. as always ...